skip to main | skip to sidebar

Modern Conservatism embraced the dogma of a "morality without God", and is now indistinguishable from Liberalism 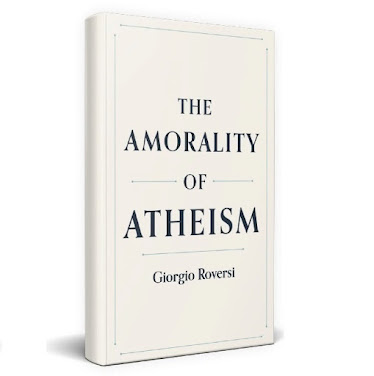 The widespread view that secularisation is a spontaneous, inevitable phenomenon, the necessary and unavoidable fate of a modern society, is one of the most enduring myths of our age.

It is unquestionable that Western society, and Europe in particular, over the span of only few decades has undergone an unprecedented process of secularisation. Statistical data leave no doubt as to the extent of the decline of religious belief and practice.

A report entitled Europe’s Young Adults and Religion (2018) based on data from the European social survey 2014-16, by Stephen Bullivant, a professor of theology and the sociology of religion at St Mary’s University in London, describes religion in Europe as “moribund”. As the report states, “With some notable exceptions young adults increasingly are not identifying with or practising religion.”

But to claim that the marginalisation and irrelevance of faith is the inexorable fate of a technologically advanced society is disingenuous.  Secularisation, far from the inescapable fate of a modern society, is the intended outcome of a clear ideological agenda, relentlessly pursued by cultural, political and economic forces.

The dismantling of the traditional Christian moral order, the “crusade to liberate the individual from the Western tradition with its Christian moral straitjacket” – as journalist Paul Kelly puts it - and its replacement with an illusory moral system, has been the result of a culture war waged by the advocates of secular ideology, who strive to advance their cause through the media and the educational system.

It is hardly a secret that university campuses have largely become a platform for professors to promote an anti-Christian outlook on history and social issues (abortion, or LGBT ideology, being prime examples); a place where the secularist perspective has become pervasive to the point that it is the only truly viable option, and its tenets are so unquestionable that they are assumed as a matter of course. Any counterargument to the prevailing secular consensus is ignored, and anyone who voices an opinion outside the range of acceptable opinions is censored and ostracized.

Indeed, intolerance of those who fail to conform to secular orthodoxy was openly legitimised and encouraged by highly influential ideologues of secularism such as philosopher and political theorist Herbert Marcuse, who in his essay Repressive tolerance argues in favour of “new and rigid restrictions on teachings and practices in the educational institutions” as a way to contrast what is perceived as an outdated cultural and moral system.

By achieving what Marxist philosopher Antonio Gramsci defined as “cultural hegemony”, the ability to control public discourse “via infiltration of schools, universities, churches and the media”, secularists were able to shape public opinion and impose their views upon society, and by doing so they influenced the democratic process, perpetuating policies which reinforced the secular perspective. They understood that cultural hegemony inevitably morphs into political hegemony, that cultural change precedes and informs political change.

As David R. Hodge notes, “Through their dominance of the professional landscape —the entertainment industry, news media, education, governmental and regulatory sectors, corporate leadership, and other mainstream, professional venues— secular people play a central role in constructing the narrative that informs the broader society.”

And yet, there remains a crucial question: why did secularists’ “long march through the institutions” - to borrow a slogan coined by activist Rudi Dutschke - encounter no resistance? Why did Christians fail to stop, much less reverse, the decline of religious influence over culture and society?

As I outlined previously, at the root of secularisation is not merely the non-belief in the existence of God, but the acceptance of the dogma of a morality without God, a set of moral values independent from God, from Christ, who therefore becomes irrelevant.

It would be impossible to decipher the political and social changes that have occurred over the last few decades, without taking into account the assimilation of the central presupposition of secularism by those who were expected to oppose it. As our atheist friend correctly remarks, “the central tenets of secularism … are now widely accepted even amongst believers”.

Indeed, the dogma of a morality without God is the assumption that underpins contemporary society. This false premise, which was the prerogative of non-believers, has become conventional wisdom, an unquestionable doctrine accepted as a matter of fact by those who identify as Christians.

The goal of the Philosophes of the Enlightment and their Encyclopédie, the denial of the transcendent foundation of morality and the attempt to create “a new natural morality as an alternative to the prevailing Christian morality”, has become the default position of society, the only acceptable narrative.

The importance of this cannot be over-estimated, because the ideological submission of western Christians has inevitably reverberated in the political sphere, and made possible the legislative framework which has allowed, and at times encouraged, the marginalisation of Christianity.

The left-right paradigm appears increasingly inadequate to describe the political and cultural battle lines, as parties across the political spectrum subscribe to the same secular premise of a morality without God, and, therefore accept, all the corollaries that proceed from it: the denial of the role of religion and its symbols in the public square, the notion that religion should be exclusively a ‘private matter’, the absolute separation of government and religion, and the neutrality of the state.

Mainstream conservatism in particular has all but abandoned the Burkean notion of a transcendent, pre-existent morality as the basis of society, “an immortal contract between God and man”, and become an ideology that panders to political correctness and identity politics: paying lip service to traditional Christian values, but in fact embracing the fashionable orthodoxies of secularism. As a result, the dividing line between Conservatives and Liberals has blurred to a point that it is hardly recognisable.

Political commentator Dennis Prager offers a valuable insight in the mindset of contemporary conservatives, highlighting the substantial alignment of conservative thought with secularist ideology. He recalls: “Many years ago, I attended a dinner at a wealthy man’s New York City condo with, among others, one of the most prominent and influential conservatives in American life. … At one point, the subjects of God and religion came up, and I mentioned how essential God is to morality — that without God, morality is subjective, a matter of personal or communal opinion. … I was quite surprised when this prominent conservative took strong issue with me: God is morally unnecessary, he stated with some passion — why would any educated person think otherwise?” Prager concludes: “Most well-educated conservatives have embraced secular values and made peace with a secular and godless America just as much as have well-educated leftists”.

The anecdote perfectly captures the defining trait of modern conservatism: unconditional adherence to secular prejudice, wholesale dismissal of the notion of a “transcendent order”, preceding and underlying politics, outright rejection of the idea that “morality … must be supported by the sanction of religious faith, or it cannot stand.”

In the words of sociologist Frank Furedi, by accepting the premise of secularism as an irrefutable postulate, conservatives “quietly retreated from the battlefield of culture. The institutions of the media, culture and education did not need to be infiltrated; their previous owners had left the doors wide open”.

Above all, the presupposition that religious belief is not the basis of morality, and, therefore, that laws, institutions, society as a whole do not require a transcendent foundation, has led to the denial of any legitimacy to Christianity in the public square.  The insistence on schools as religion-free zones, the hysteria over any reference to religious tradition, the demand for religious symbols to be removed from public spaces, are consequences of the false premise that “God is morally unnecessary”.

To turn the tide of secularisation, to reclaim the cultural and political battlefield, is to reject that premise, and to defy the modern false idol of a “morality without God”.

Giorgio Roversi, "The amorality of atheism", Chapter 11, Secularisation and the culture war

The amorality of atheism 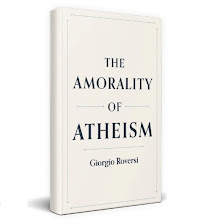 "The totalitarian state is, in the amoral atheistic Zeitgeist, the “perfect system” which aims to neutralise the risk ingrained in the individual’s moral choice and ensures that he, willingly or not, acts in the interest of society. It is the “perfect system” whereby the Samaritan is forced to act in the interest of others, and therefore he does not need to be “good” or “moral”, because morality no longer exists."